With the coronavirus lockdown shutting factories, halting constructions, closing borders and immobilising citizens, the world is living through the largest carbon crash ever. 90 cities including New Delhi, Hong Kong and China recorded minimal air pollution in this pandemic time. In the following passage, we are going to discuss how this COVID-19 outbreak inspired us to tackle climate change, evaluate the performance of companies with sound ESG stewardship during the epidemic and explore the opportunities for corporations to better their sustainability through Environmental, Social and Governance (ESG) management in the post-pandemic era.

How far have we achieved?

According to NASA and European Space Agency (ESA) pollution monitoring satellites, the levels of nitrogen dioxide emission (NO2) in China, which is a major air pollutant, have significantly decreased since the outbreak when compared to the same period of time in the previous year, which is partly related to the economic shutdown. Carbon emissions also plunged by around 100 million tonnes, down an estimated 25% over the 4 weeks starting from February.

With the shutdown of activities across the world, the global energy demand diminished by 17-20% in the first quarter in 2020 (Q1 2020). In early April, global daily carbon emission drastically plummeted by 17 million tonnes, in which 86% were contributed by the suspension of power generation and industrial activities. With reference to the International Energy Agency (IEA), the global energy demand is estimated to decrease by as much as 6 % this year, which is equivalent to around 8% less in global carbon emissions. Meanwhile, the electricity consumption in Hong Kong also dropped compared with the same period last year, which accounted for the 7.3% decline in carbon emissions that is consistent with the global trend.

How far are we from the target?

Although these numbers seem exciting, this slump is temporary and not enough to mitigate climate change in a long term. According to the Emission Gap Report of the United Nation Environment Programme (UNEP), to limit the increase in global average temperature below 1.5̊C above preindustrial levels, the world has to cut its carbon emission by 7.6% each year, so as to reach net zero in 2050. While carbon emissions may drop substantially this year due to the suspension of industrial activities and air and land traffic, there is no reason for us to expect a lasting reduction in emissions should no fundamental shifts be made. The potential rebound effect caused by the stimulation of economic recovery after the pandemic is also worrying. 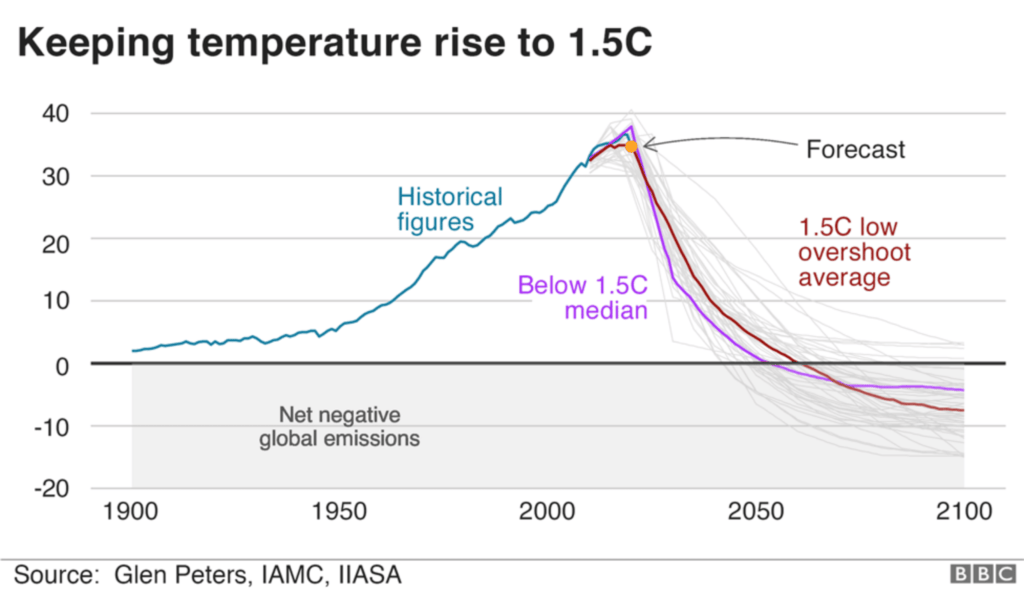 How should we do it?

Carbon emissions are primarily from the combustion of fossil fuels. Nowadays, 64% of the world’s electric energy is sourced from fossil fuels and 61% of electric energy is consumed by the commercial and industrial sector. As such, radical changes in energy consumption practices and improvements in carbon management of corporates are playing a decisive role in reducing the global carbon emissions. 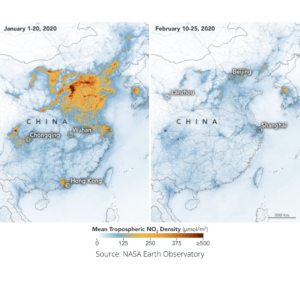 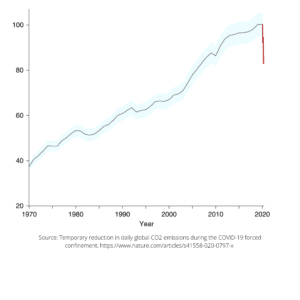 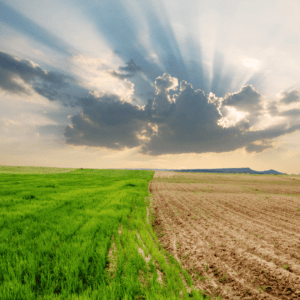 While not all corporations are aware of their indispensable roles in stopping climate change, investors are starting to pay more attention to the sustainability performance of businesses. According to Fiona Reynolds, the CEO of PRI, despite the expanding number of topics under the ESG umbrella, climate change is
still seen as the top issue of concern to its signatory base. An increasing number of investors are stepping up their actions through climate initiatives such as Climate Action 100+ to transition towards a lowcarbon world. The research led by Refinitiv on how S&P 500 corporation is addressing climate change indicated that 354 S&P companies have emission policies. Of those, 245 have specific reduction targets. 85 S&P companies are on track with the US’ pledge to reduce greenhouse gas emissions by 17% by 2020 and 80% by 2050, while 44 S&P companies are on track with the EU’s pledge of cutting emissions by 20% by 2020 and
upwards of 95% by 2050. 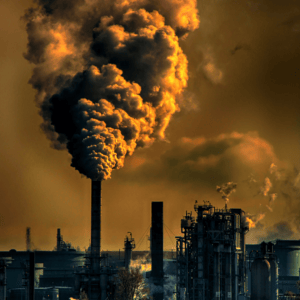 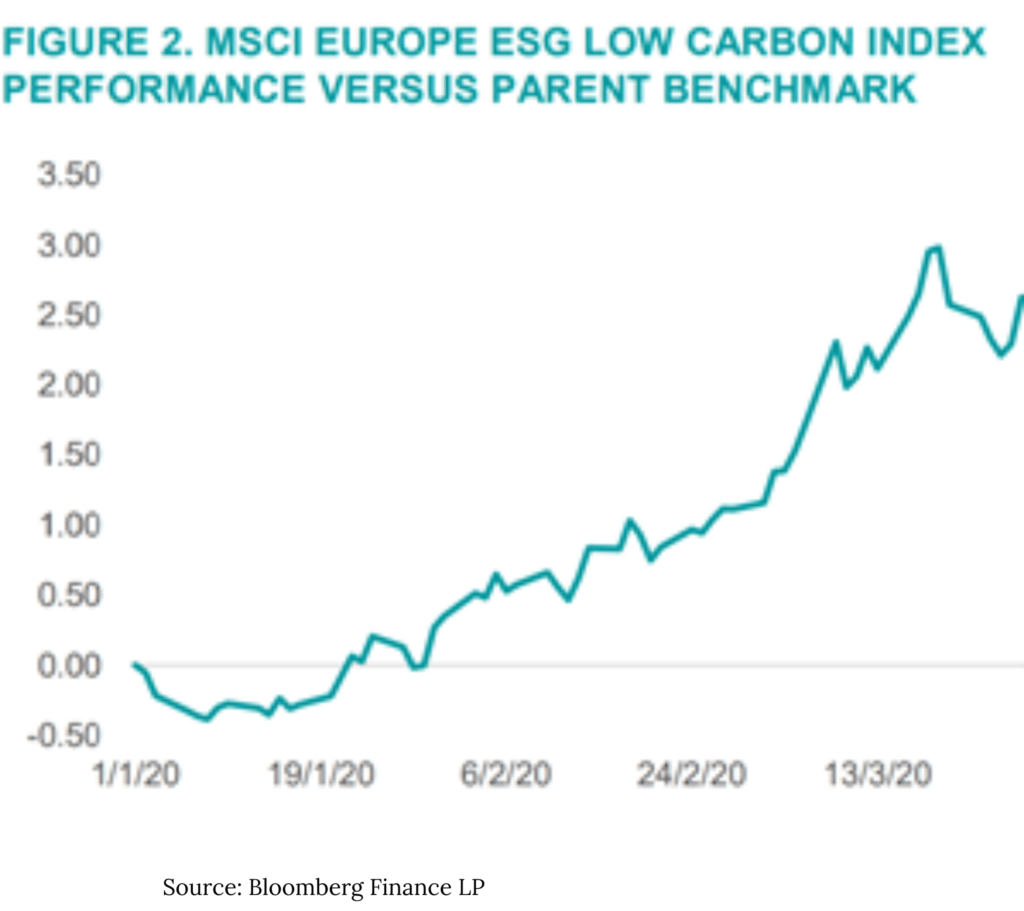 How COVID-19 gives impetus to the ESG industry?

The worldwide lockdowns showed the ways in which the world can adapt without carbon intensive activities. The emergence of sustainable corporate practices
including virtual meetings and work from home also inspired many enterprises to reconsider their business models and daily operations to respect both environmental benefits and societal values. Further developments in what can be defined as ESG best practices when it comes to disaster preparedness and resilience planning, product health and safety and community involvement, for example, will no doubt draw more attention in the investment in real estate
industry. In China, the government is strengthening regulations regarding the proper treatment of sewage and industrial waste. In the EU, investors and over one million of citizens are urging for a green recovery plan that ensures government support addresses climate risk and prioritises climate resiliency and net-zero emission economic solutions. In late May, the European Commission announced a recovery package that includes the green and digital sectors, meaning that
long term stimulus will incorporate clean energy, lowcarbon transportation and smart infrastructure.

Throughout the first quarter of 2020, investors have been grappling with the financial implications that contagion risks could have on corporate balance sheets, cash flows, profitability and business continuity. Nevertheless, this catastrophic economic upheaval demonstrated to the world the importance of building and
maintaining a robust ESG management system on a corporate level.

According to the findings of MSCI, the highest ESG-rated bond issuers outperformed the weakest ESG-rated issuers and the broad market in Q1 2020. The MSCI USD IG ESG Leaders Corporate Bond Index that uses best-in-class rating selection, also outstripped its parent index, the MSCI USD IG Corporate Bond Index, by 0.75% and 1.29% in total and excess returns respectively.

According to Morningstar’s Jon Hale, funds integrating ESG factors registered record growth in Q1 2020 that eclipsed the previous watershed moment in Q4 2019. Anecdotal evidence suggests that ESG-attuned funds were sticky and held their value relative to their benchmarks during the pandemic. A Morningstar study comparing the returns in Q1 2020 of 206 US sustainable equity open-end and exchange-traded funds against their respective peer groupings showed that 70%
of sustainable equity funds ranked in the top half of returns, while only 11 % ranked in the bottom quartile.

In the post-pandemic era, there is no denying that the COVID-19 crisis will spark more public and corporate concerns about the resilience building of companies, not only in the reform towards an eco-friendly business model, but in the ‘redefinition’ of how to handle ‘S’ issues in the business development. ‘Apparently the crisis is and will continue to be leading to social fragmentation and a series of problems that bring significant and irreversible changes to the business we get used to for decades’, warned by Gabriela Ramos, the OECD’s chief of staff. The Business for Inclusive Growth Coalition or B4IG recently has come out with a call to
action that urges businesses and governments to collaborate for an inclusive, green and resilient recovery. And this requires all companies to grasp this opportunity to create a more robust and sustainable growth model that thinks from the ESG perspective and pushes toward a carbon-neutral economy.

The pandemic has brought to light the materiality of comprehending ESG-related risks and clarifying the interconnections between the robustness and resilience of their businesses, and the sudden changes of the environment where we live, such as public health emergency and climate change. The ESG topics pose growing complexity to all enterprises and should never be seen as a separate arena that was regarded redundant in corporate management in the past. Best ESG practices can provide an opportunity for companies to review their business operations and move towards a zero-carbon target, which is particularly vital for them to survive and come out on top in the Post-COVID-19 world.

To help companies improve their understanding of and adaptability to the unforeseeable risks after the pandemic and put their action of tackling climate change and delivering their climate commitments back on track from the hiatus, we have summarised several tips which we believe all companies should learn from how
ESG benefited enterprises during the outbreak and adopt and integrate in their business management and operations as soon as possible: 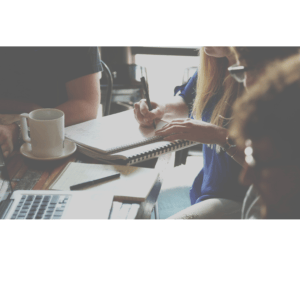