What can we learn from Amazon’s sustainability policies?

“BOLD STEPS BY BIG COMPANIES WILL MAKE A HUGE DIFFERENCE IN THE DEVELOPMENT OF NEW TECHNOLOGIES AND INDUSTRIES TO SUPPORT A LOW CARBON ECONOMY.”- 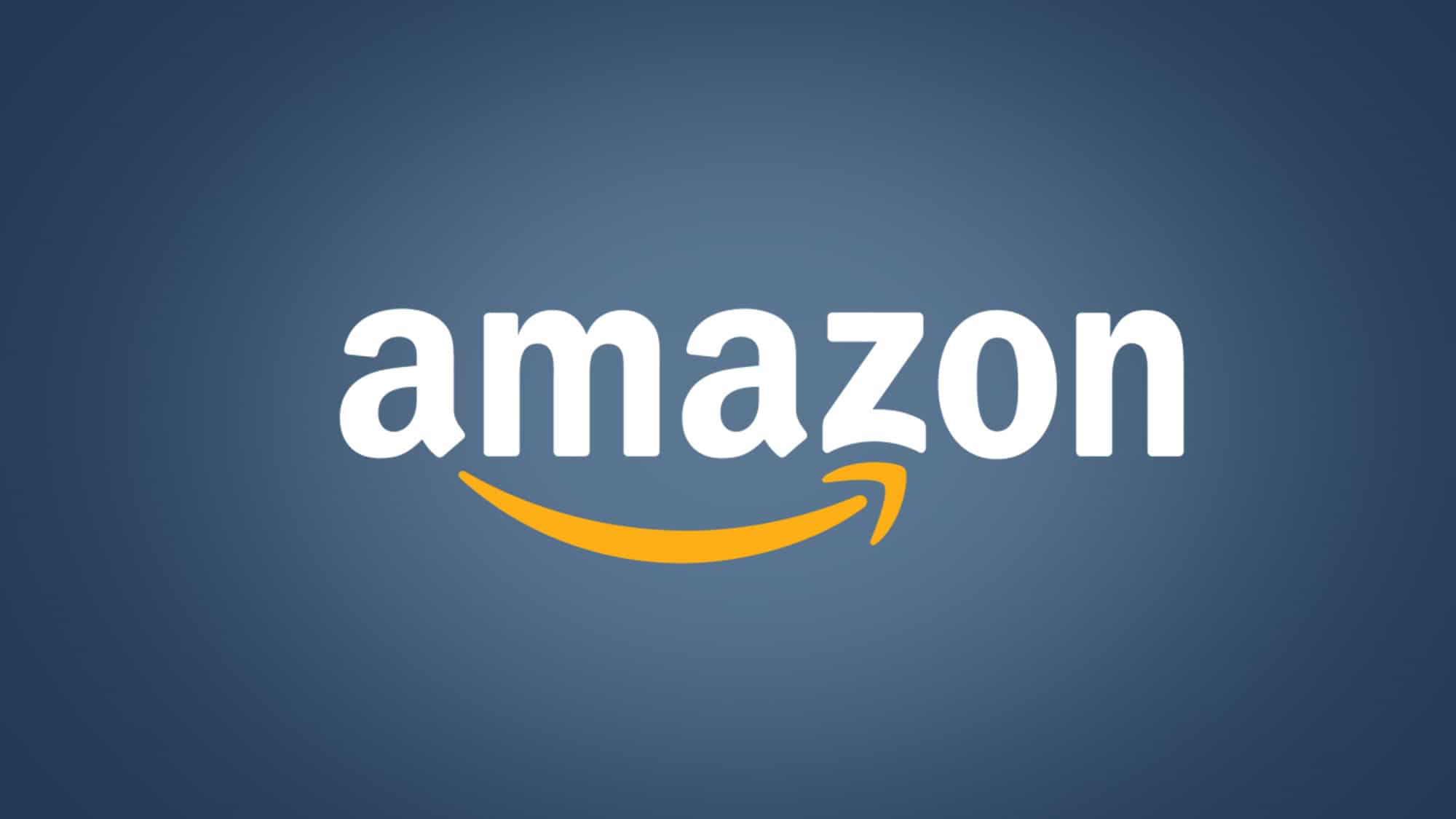 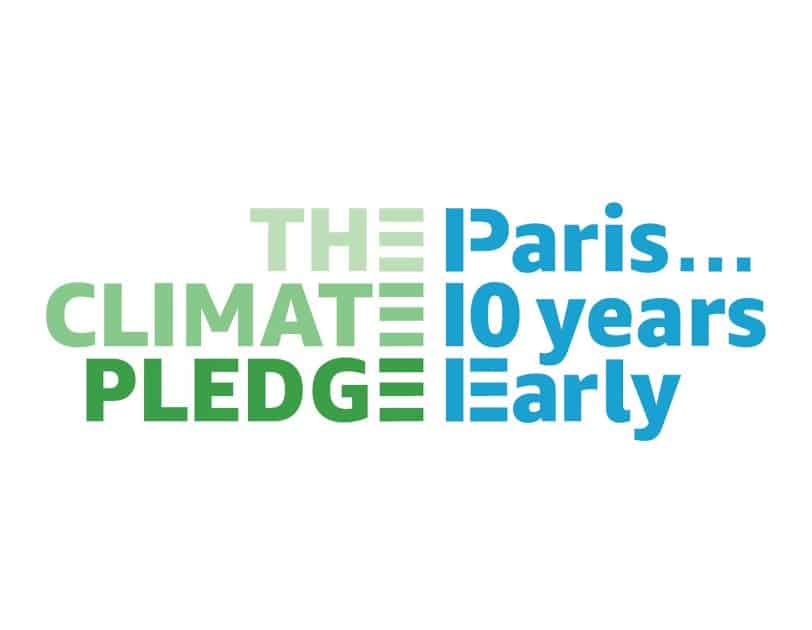 In late June 2020, Amazon announced a US$2 billion for the new Climate Pledge Fund to invest in visionary companies whose products and solutions will facilitate the transition to a low-carbon economy, that will enable Amazon to meet the goals set by The Climate Pledge – achieve net zero carbon emission in operations by 2040.

Founded on 19 September 2019 by Amazon and Global Optimism, The Climate Pledge calls on its signatories to be net zero carbon across their businesses by 2040 — a decade ahead of the Paris Agreement goal of 2050. As the first signatory, Amazon has set ambitious goals to comply with its pledges, including achieving 50% of all shipments to be net zero carbon by 2030 and 100% renewable energy by 2025. To realise these goals, in addition to the Climate Pledge Fund, Amazon has also invested US$100 million in Right Now Climate Fund for reforestation projects and climate mitigation solutions.

As an e-commerce giant, other than investment, Amazon has set up its own sustainability framework, which includes goal setting, metrics, and quarterly business reviews. Relevant environmental sustainability policies that have been or are planned to be implemented are summarised briefly as follows: 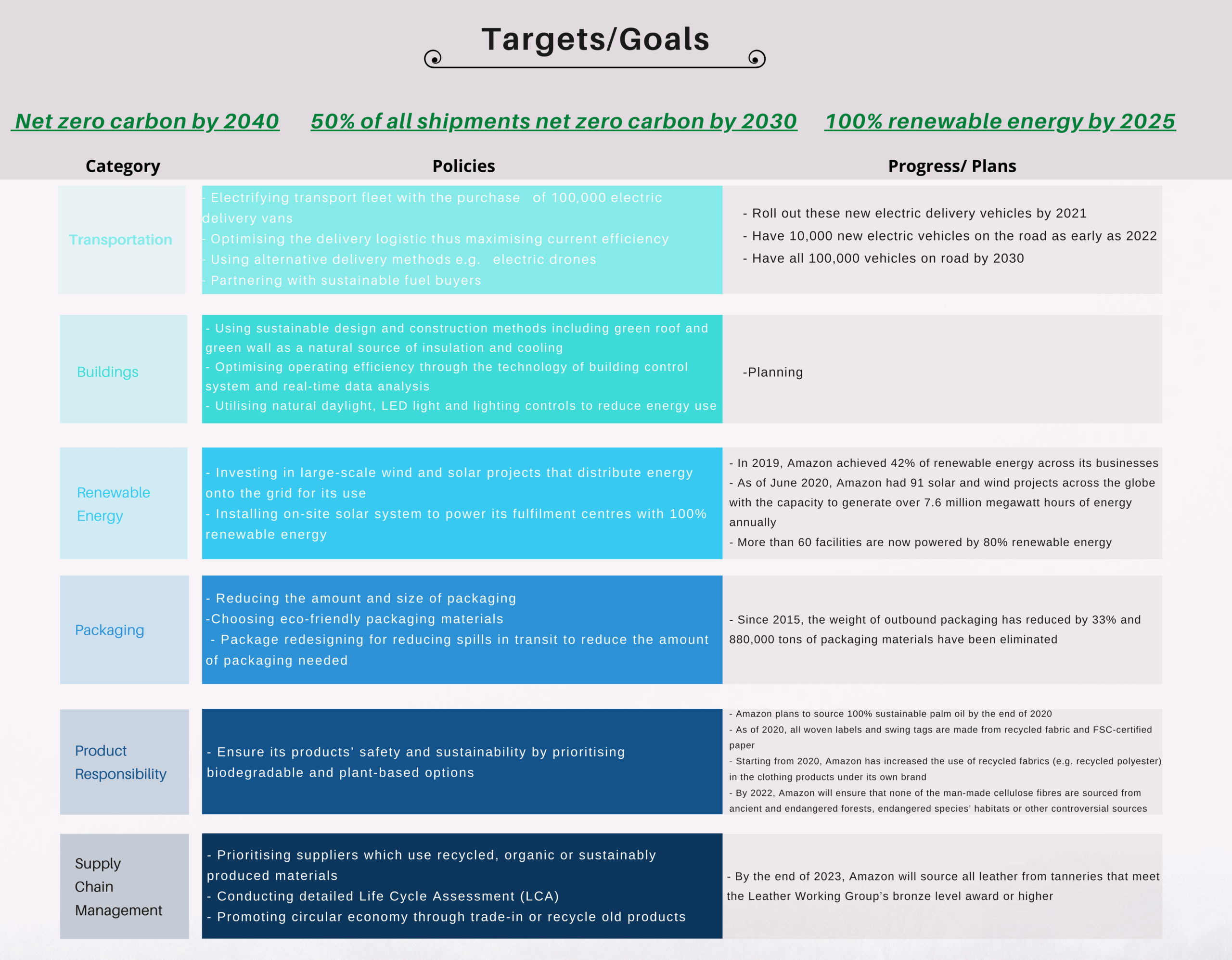 For more in-depth analysis and evaluation of Amazon’s sustainability policies, please contact us for applying for the membership of our monthly ESG research and newsletter.